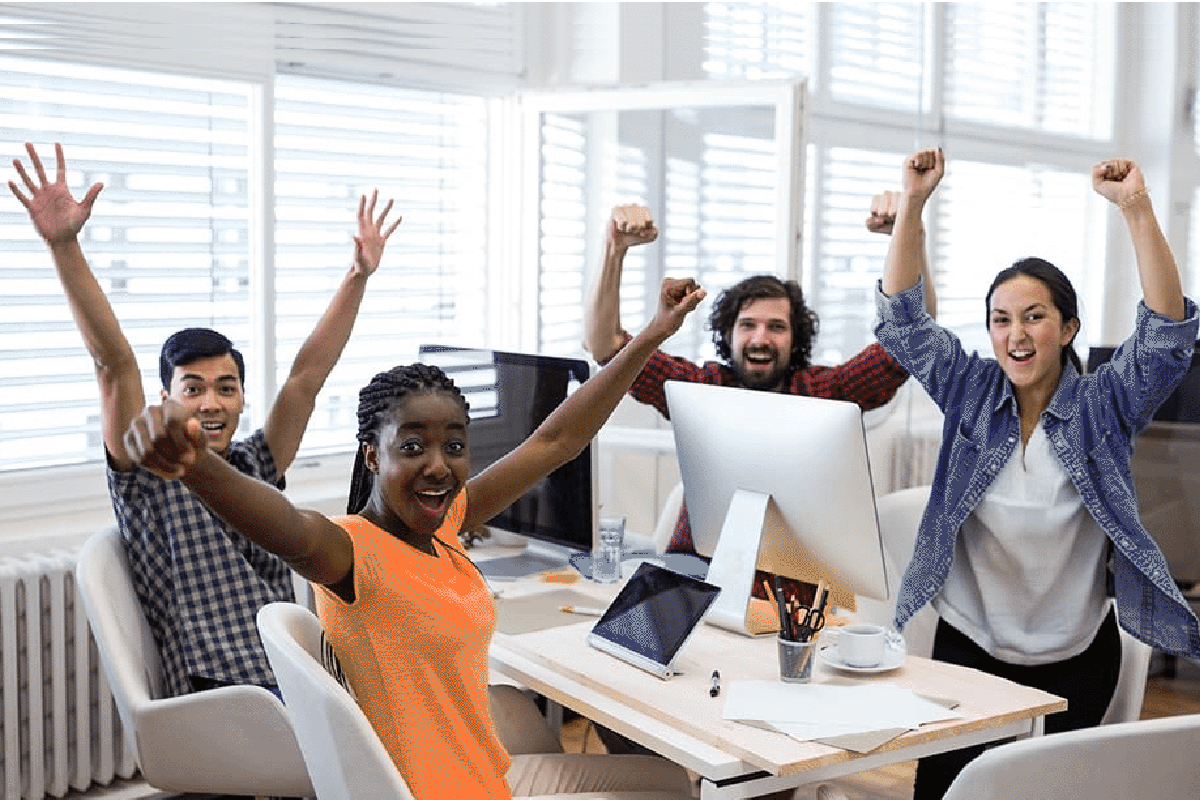 Hold on! Before we dive into the facts and figures about co-working spaces, let’s find out how this buzz came into existence in the very first place.

Even before “Citizen Space” emerged as one of the founders of this concept in San Francisco , Brad Neuberg quoted co-working space as “a place where independent and mobile workers come together to work in a casual environment”. What he intended was the informal ambience associated to it.

The market size for co-working is currently estimated to be in the range of 13-16 million seats. By 2022, about 42 per cent of India’s population would be working from urban centres. Hence, a greater demand for shared workspaces in less than a decade is on the cards.

It’s time to pull the cat out of the bag.

Man is a social animal and only through interactions do we prosper faster. While sitting back at home on your cozy bed may seem a comfortable option, but the productivity is maximum when one is in a co-working environment developing new theories and widening their networks crucial for any business expansion.

2) Ease of signing up

You don’t need to go through the process of hunting for real estates, leasing out properties, buying furniture, hiring staffs and also handle the operations. Even insurance, cleaning, pantry supplies and utilities are taken care of by paying just the monthly rents.

What else would you ask for when your new coworker lines up with an investor to back your exciting idea? A can of beer to celebrate this friendship and a bean bag with “The Beatles” going Hey Jude in the background would put a smile on your faces!

How many times have you been interrupted during the critical client calls when your neighbours’ dog thought it to be a good time to bark? Or, you were worried that the laundry needs to be completed before your wife returns? The amount of distraction faced at home is incorrigible; hence co-working is an ideal workaround here.

Look, not all café owners would greet you with a smile each day if you hijack their tables for hours over 100 bucks of coffee per day. Although it seems a viable alternative to cut down on your workspace costs, but in the long run it runs down a deeper hole in your wallet. So, drop the plan.

From private cabins to open workstations, high speed wifi connections, printer and scanner access, power backup, mailbox services – everything you possibly could think of in a workspace are included in the plans which numerous office space providers take care of. Starting from low-cost daily passes to flexible workstations – one has a range of options to choose from.

The industry is changing at a rapid pace. In the words of Sean Fedorko, the founder of Radius cowork “there has been a shift from employee economy to entrepreneurial economy”. The work style has changed. Millennials now look to “make a job rather than take a job”.

8) Jack of all trades

Lawyers, photographers, android developers, fashion designers all under one roof. So even if your team could not sign the lump sum deal due to the current workload, be the Good Samaritan and pass it on to another team which has similar skillsets. Sharing is caring after all.

All work and no play. The office spaces have come up with interesting programs where investors would learn about your startup ideas and guide you accordingly. If your plan strikes out from the rest, you can bag your project funding right there.

Bangalore being the IT hub of a nation claiming 135 crores as its population naturally has claimed the top spot amongst the co working hubs in the country. Indiranagar, Koramangla, HSR are becoming increasingly popular due to the same. New Delhi comes second in the list with Hauz khas, Sector 18 being in the trend. Cities like Mumbai, Hyderabad, Chennai are gaining pace slowly and we hope that the buzz reaches out to all parts of the country soon.

11) Your barks are in our parks

Now this one goes for all the pet lovers! It often occurs that your furry friend is left alone sulking at home wagging his little brown tail all day only. Bring your pets with you to office and make sure you don’t leave them unsupervised. Quite the quid pro quo! Woof woof!!

So go out and start coworking..