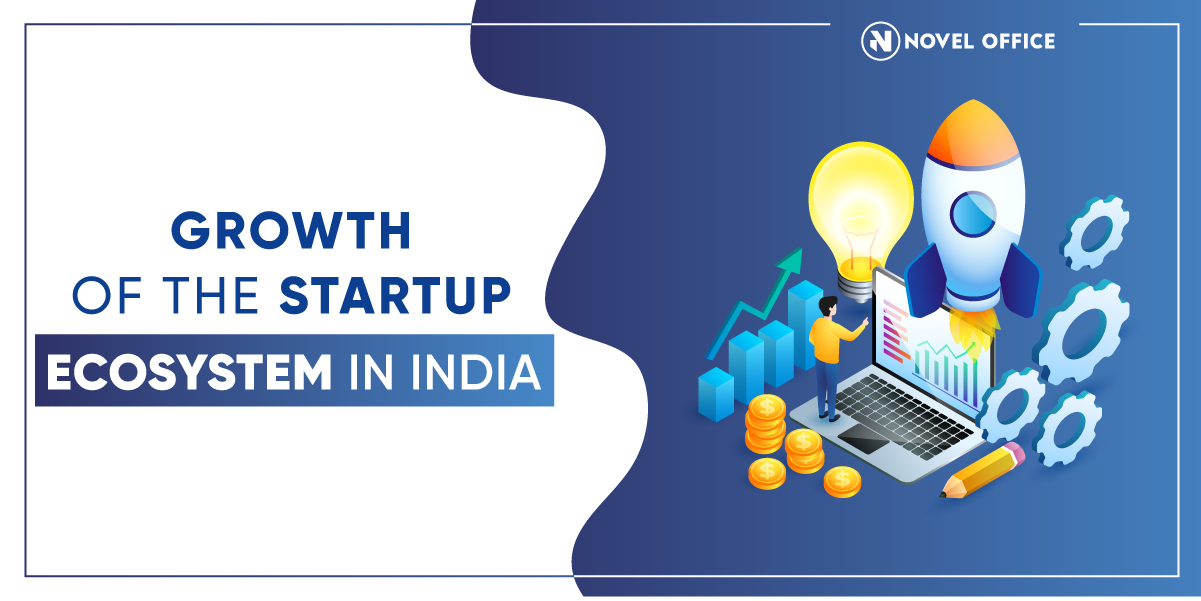 Growth of the Startup Ecosystem in India

India has undergone a drastic change when it comes to the business industry. Not too long ago people in India had their eyes set on getting a stable 9 to 5 job and entrepreneurship was used as a synonym for small and large scale businesses. Since the mid 2000s, people in India started embracing entrepreneurship under the new name “Startup” and opened the doors for young business minds to create multi-million dollar businesses.

How did the startup ecosystem gain popularity?

Startups came to India initially to satisfy all our software needs in the early 1900s and later grew to export software service startup solutions. This constituted the first wave of startups in India. The second wave of startups came in the form of IT service startup founders who began their own companies, after having worked in similar institutions in the Silicon Valley and other parts of the States. Venture capital was procured from TDICI locally and VCs from the States. Ecosystem players such as TiE and Microsoft Ventures have enhanced the maturity of the Indian startup ecosystem.

The third wave came in the form of companies that were founded during the dot-com era that included e-commerce vendors, marketplaces, etc. The fourth wave consisted of e-commerce startups, marketplaces, and advertising startups, founded by local talent of the country in the years between 2007 and 2008.

Now it’s time to explore some statistics that validate our discussion.

How Indian Startup Ecosystem has evolved?

The startup ecosystem in India can be traced to the dot-com burst of the century and it has never quite stopped growing since then. We shall now take a look at how the Indian startup ecosystem has changed over the years.

Below is a timeline of the growth of the startup ecosystem of India as a whole developed and curated by Microsoft Accelerator.

Indian startups had many major events between 2014 to 2017. Here are the highlights;

India is in a phase of a startup boom, characterized by rapid growth of startups, that attracts a great deal of venture capital.

The government has implemented various plans such as the Startup India Initiative that promote the growth of startups that has kicked India into a mode of job creation as opposed to job seeking.

According to a report compiled by NASSCOM and Zinnov, India is the third largest tech hotspot, offering solutions to problems in various fields.

Startup India was first announced by the Prime Minister in 2015 and the Action plan was detailed by the finance minister Arun Jaitley on the 16th of January, 2016. It was attended with great fervor by the CEOs of the top 40 startups like Ola, Snapdeal, Flipkart, etc. The fervor around the event itself would generate a huge amount of buzz to better the startup system, in terms of connecting mentors, investors, founders, etc. The salient points of the Startup India Action Plan are:

1.Definition of a startup

The Action Plan defines a startup as an entity or organization, which is registered in India and is older than five years. With an annual turnover of not greater than 25 crores, that works towards commercialization or innovation, deployment, development of products or services, driven by technology or intellectual property.

Startups have to pay provident fund, gratuity as per regulations, as well as comply with labor laws. However, no labor inspector shall conduct an investigation on a suo moto basis for the first three years of incorporation.

The Action Plan provides for seamless closing of a business in case things don’t work well for a startup. A liquidator can be appointed and the startup closed within 30-60 days, the whole process should be so smooth that no lawyer is required.

4.Tax Exemption for up to three years

It is crucial that the government sets up a team of lawyers, angel investors, accountants, etc. so the final policy is as transparent as possible. With the right kind of support from the government, India’s startup economy can certainly grow to great heights. After all of this if you’re still wondering if India is still startup friendly! We can tell you one thing for sure; it is well on its way.

Entrepreneurial leadership: Key to create successful startups and businesses
How to Get Profitable Startup Ideas: Top 6 Tactics to Follow
How to Start a Startup Company in India: A Step by Step Guide