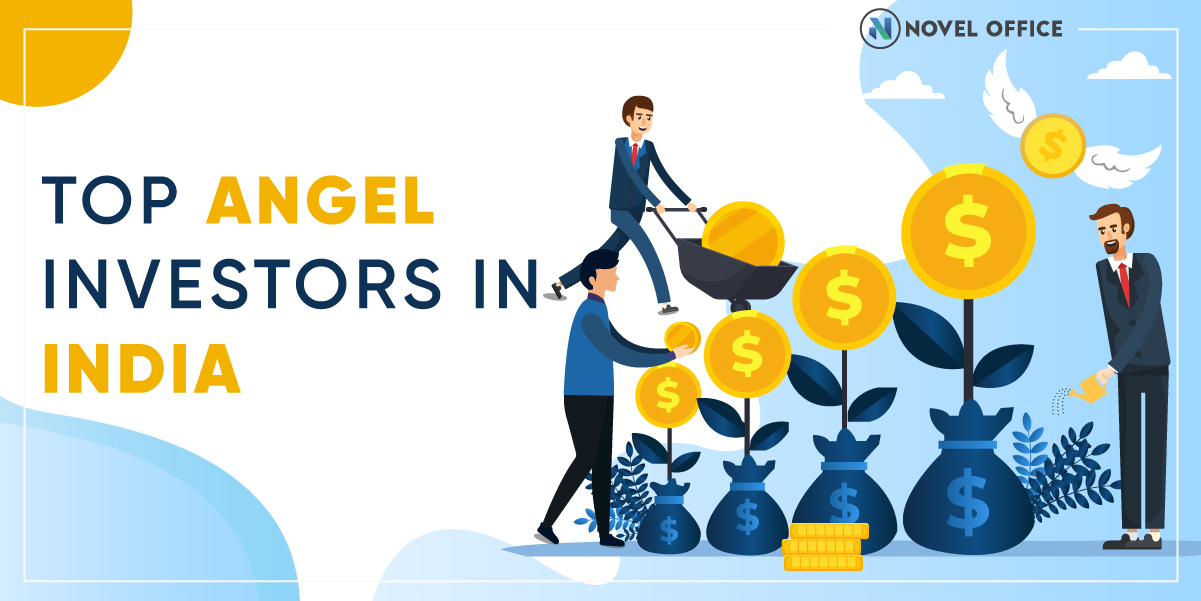 As with all businesses startups need funds to operate and grow, startups particularly pride themselves on their rapid scalability. Startups aim to bring a highly innovative product to the market through a scalable business model. They have a tendency to deliver on limited resources when contrasted to traditional models.

Startups tend to be usually financed only by the business owner or their family members in the initial stages. Later funds are sought through IPOs or angel investors and venture capitalists. This article aims to look at who are angel investors by definition and the top angel investors in India.

Who are ‘Angel Investors’?

Angel Investors are typically high net worth Individuals who invest in businesses where they see the potential for a boost to their portfolio. The term angel investors actually found its origins in Broadway theatre where wealthy individuals, known as ‘angels’ would sponsor the production costs of a play.

The angel investors of today typically invest in businesses in its initial phases, and represent a kind of the second line of investment, after family members and the business owners. They don’t invest in the viability of a business, so much as the starting of a business which they find a commonality of interest. They usually have a high sense of business acumen and have a few businesses to their name and want to promote similar enterprises.

Angel Investors also provide valuable insights to startups through their experiences in running and managing businesses in the same niche market. They provide capital in the form of debt or equity to startups, their managerial and advisory role varies as per the definition of their association with an individual business.

Angel Investors are coming to the forefront in India now, especially with the government’s Startup India initiative, which seeks to promote startups and simplify funding procedures. If you are a startup looking for funding, you should definitely consider angel investors, even if there is a degree of effort involved.

Having a portfolio of over 50 startups, he is best known for founding shaadi.com which ushered in a revolution in the arranged marriage market scenario of India. Mittal is known for funding startups that show promise of big market potential and sustainability as well.

Sharma was in the field of angel investment way back in 2006, before such transactions were popular. He has been the chairman of multiple leading technology companies, primary being Yahoo, as the CEO. His investment portfolio consists mainly of disruptive technologies, cloud and software infrastructure. He is a hands-off investor and is available for advice and open door sessions.

The Managing director of Google India, he has ensured that India branch is one of the top performing subsidiaries. Anandan is an active investor in Sri Lanka, India, and the States, he has a preference for early-stage startups and invests in mobile, e-commerce and software startups. His major investments include Myshaddi.in, 24/7 Techies, CultureAlley, etc.

Mr. Mohandas is chairman of the Manipal Global Education, and a supporter of the Akshaya Patra Foundation. He has funded several startups such as Zoomcar, YourStory, and FairCent, he is currently engaged in forming a startup funding ecosystem in India.

Khan is recognized as one of India’s leading early-stage technology startup investors and is the founder and operator of Orios Venture Partners. Orios is a Mumbai based venture capital fund. His investments include PrettySecrets, Ziffi, Zapstitch. Not only this but he is also a member of Indian Angel Network’s Mumbai Chapter.

A Mumbai based angel investor, Sawhney founded the Super Angels of India and is an extremely active investor in the entertainment and media communication sector. He built Indiatimes.com from a start-up to its current phase of development.

An IIM, Ahmedabad graduate, Ladsariya is the CEO and promoter of director of Everest Flavours Ltd. He has a portfolio of over 35 angel investments in India, USA, Singapore, and Germany. He primarily invests in tech-based startups. He makes his investments mostly through Indian Angel Network and Mumbai Angels.

Karla is known for his adventurous spirit when it comes to investments in fields in which he has no or little prior experience. He started investing way back in 2002 in the real estate sector, and now he has ventured into tech startups as well. He too is a member of the Indian Angel Network.

An IIT- Kanpur graduate and co-founder of Tracxn, Goyal is fondly known as the startup tracker. Tracxn is a data analytics firm that keeps track of startups around the globe and is used to help shareholders sell to venture capitalist firms. Goyal is multifaceted in his approach as an entrepreneur.

Mehta is an active angel investor with a diverse portfolio ranging from FnB industry, technology, online, media, medical, etc. Though till now he has avoided investing in e-commerce platforms, he has so far invested in 23 companies as an angel investor. He has a soft spot for technology startups that specialize in the cloud, big data, and marketing automation, due to his technology background.

So if you’re a startup in search for funding you now know who to look out for! Or maybe you just would like to keep yourself abreast of the business world, then this would help too!

Entrepreneurial leadership: Key to create successful startups and businesses
How to Get Profitable Startup Ideas: Top 6 Tactics to Follow
How to Start a Startup Company in India: A Step by Step Guide