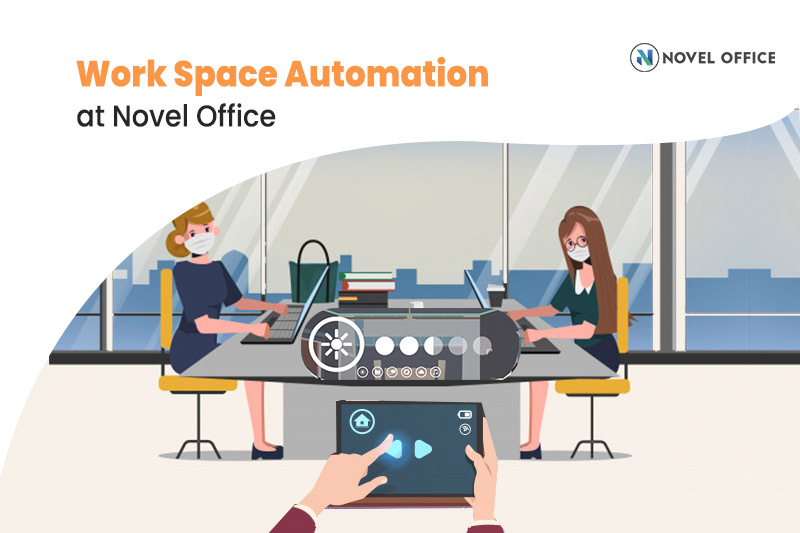 Since the introduction of the COVID-19 into the world, there has been a change in the lifestyles of humans across the planet, both at home as well as at the workplace. It is not just the economy of any country where a mark of the deep dent has emerged but a sense of vulnerability has also been haunting humans across the world. Due to these very reasons workplaces across the world had to resort to the option of downsizing the employee size in their respective organization.

Apart from that, an extra effort is needed in preventing the spread of the virus since COVID-19 is contagion. According to the guidelines prescribed by the World Health Organisation (WHO), using the mask, maintaining social distancing and frequent use of sanitizers is mandatory and apart from that they also declared the virus can spread from the surfaces of doorknobs, staircase railing, etc. these notices have alerted all the corporate workspaces across the world to take immediate action in making their office space automatic. For example, Novel Office’s coworking space, shared office space and business centers in Bangalore have introduced sensor based taps in the washrooms, automatic lights in the entire building and foot operated doors to mention a few.

By enabling automation tools in the office and following the rules issued by the WHO, a decrease in the probability of spreading the virus in the workspace can be expected.

In order to curb the spread of this intangible enemy, companies across the world have been taking necessary steps in their workplace like making mandatory use of sanitizers, social distancing, and use of the mask. In addition to that, companies have been putting effort into automating things that employees use them frequently like doors, washroom taps, lights, etc.

Novel Office has enabled all these facilities in its coworking space in Indiranagar, Koramangala, MG Road and all the business centers in Bangalore.

In order to keep our employees and clients safe and devoid of the virus, we have enabled our office with automated tools at places where the manual work was required and some of them are mentioned below.

As per the guidelines of the WHO using sanitizers will prevent getting infected of the virus, so adhering to the rules, The Novel Office has placed touch-free automatic sanitizers at different places in the office premises and made it mandatory for the employees to use it frequently.

Keeping in mind the virus’s nature of being contagion, we have given utmost importance to the places where people tend to touch frequently like doors and the doorknobs are such things. In order to tackle this problem, we have enabled the foot operating doors where the employees have to use their foot to open and close the doors. This will ensure the prevention of the spread of the virus.

Common areas like washrooms and washbasins being more prone to such places as they are used by many, extra attention had to be given to such places so Novel Office has installed sensor-based touchless taps where the employees can use the taps without even touching it. This is also been implemented to decrease the chances of spreading the virus.

In midst of a pandemic, following the rules issued by the World Health Organisation (WHO) and working in an office space which has replaced the manual work by automation tool is undoubtedly the smartest choice, and Novel Office has strictly implemented all the guidelines issued by the WHO in addition to that we have enabled sensor-based taps, lights, and foot-operated doors to ensure the safety of our employees and clients. All our centers in coworking space, shared office space and business centers in Bangalore have replaced the manual efforts with the automatic one. So, if you are looking for a shared office space in Bangalore which is putting safety as its first priority then Novel Office is the best option for you.