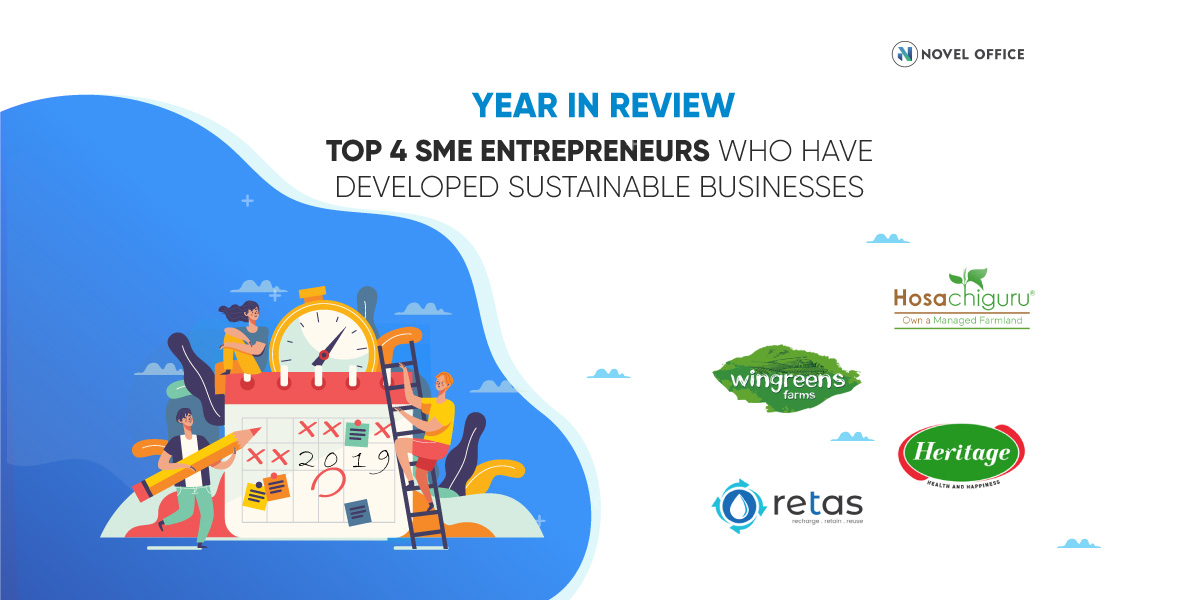 The trio of Ashok Jayanti, Sriram Chitlur and Srinath Setty together started Hosachiguru, an agricultural asset management company, located in Bengaluru. The trio had inherited farmlands from their families and had started farming. As working professionals, they weren’t in a position to dedicate their complete time for the same, so they decided to quit their full-time jobs and pursue their key areas of interest. They then later were joined by Hemanth P. who was experienced at investment and wealth management.

Ashok and Sriram invested a total of ₹1 crore out of their savings. They had started the plantation of sandalwood in about 30 acres of land that Ashok had inherited. They also received a grant of 40 lakhs from the government for modern farming in India, and put that up to purchase land for sandalwood nursery.

There are 2 ways one can engage with Hosachiguru. One can purchase farmland from Hosachiguru with the intent of developing it themselves or by having the support of the Hosachiguru team. Secondly, if you already own a farmland, Hosachiguru will help you develop it, provided your farmland qualifies i.e. farmland should be a minimum of 50 acres in area and the owner should be willing to get all the necessities to develop his/her farm.

In about 5 years, Hosachiguru was successful in capturing 18 projects spread across  800acres. The average annual turnover of Hosachiguru is 20 crores.

Today, Hosachiguru, which means ‘new sprouts’ in Kannada, manages agricultural assets worth over US $7 million in horticulture, timberland, protected cultivation, and nursery. 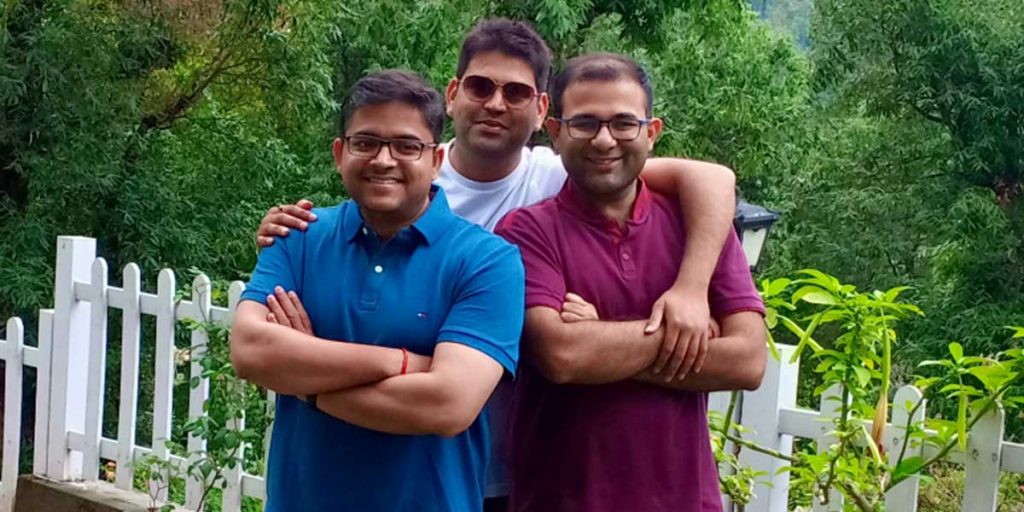 A business started by 3 MBA Graduates, Ankit Magan, Priyank Jain, and Neeraj Chauhan who quit their jobs to work on rainwater harvesting.

One day, the three MBA friends were stuck in a relentless shower of rain in Gurugram. The Trio had to wait for almost 45 minutes for the rain to stop and then found that there was massive water lodging throughout the area that they visited.

As the 3 friends contemplated this, they decided they must do something to preserve rainwater. In December 2016, they left their jobs and started Retas Enviro Solutions in New Delhi to design, manufacture, and install water tanks and modular rainwater harvesting systems. They realised that most of the competition focused on following up with Government norms and didn’t really have any thought behind the process, this key area was something they wanted to excel at. Unlike the competition who provide rainwater harvesting solutions which have a definitive layout and structure, Retas had a modular system that could be adapted to any particular layout/space. There was no pre-built rain-water harvesting solution, every plan would be different to the geological parameters specific to that location.  They also assisted their clients with after sales service.

Retas Enviro manufactured water tanks mainly for the purpose of storing rainwater, filtering the same and using it for later. Their tanks are designed so that storage of rain water is optimally done. Retas also offers services in stormwater management, watershed management, flood mitigation solutions, and other environmental solutions.

Excluding the 3 founders, with only a team of 11 members, Retas Enviro racks in around ₹40-45 lakhs worth of sales every month. 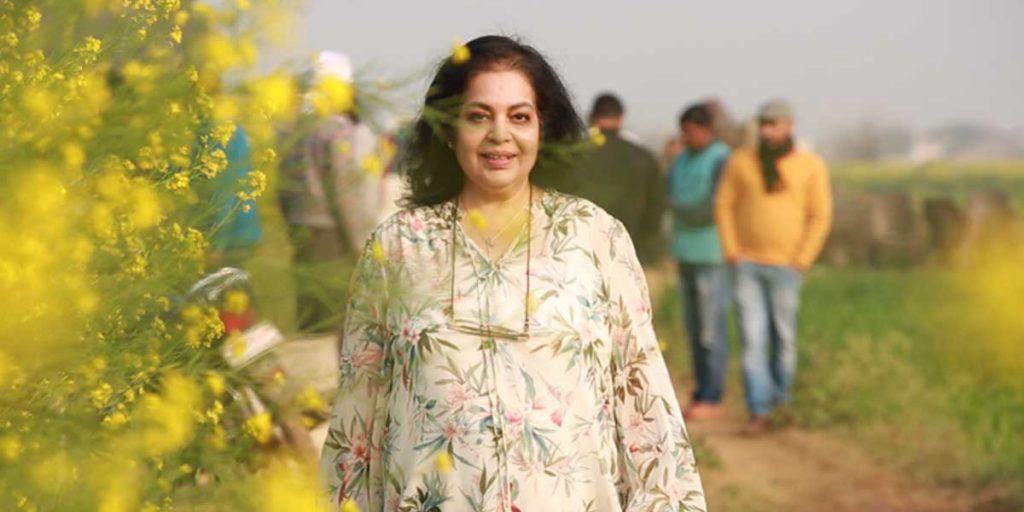 Wingreens Farms was started as a Women’s Initiative network by Anju Srivastava and her husband Arjun in the year 2008. The journey of Wingreens started when the couple, post working in the US for many years in the field of marketing and advertisement wanted to head back to India and settle down. They wanted to establish themselves in the agriculture industry as they had seen that the conditions of farmers and involved individuals alike, were poorly handled despite India being a nation that is predominantly dependent on agriculture. Wingreens was initiated with the intention of helping farmers who had land but no money. Anju started growing potted herbs in a half acre land that she had rented out from farmers in Tauru village, Haryana. This idea however did not pan out as the climatic conditions were not in favor of their crops.

Later in the year 2011, Anju made Pesto from the Basil that she had grown. She approached Spencer’s (MGF Megacity, Gurugram) to let WIN give out a few samples to the customers, this is where things started looking up as the product was well-received. After their initial success, WIN was later rebranded to Wingreens Farms and launched garlic dip. Since then it has managed to evolve enormously, and at present, offers 150 variants in 50 SKUs.

Wingreens made itself unique as every recipe is made by Anju with the help of women of Tauru village, Haryana.

Wingreens collaborated with farmers who have farmlands but no cash to develop the same. Wingreens paid advances to the farmers who’s farms they’ve rented out. Farmers who used to barely earn ₹1,000, started earning upto lakhs yearly by this collaboration. The women on the other hand, were trained and empowered to have financial stability. Picking the herbs, making new recipes all such activities were done with the help of these women.

In the year 2014, Sequoia invested $2 million in Wingreens. Further in the year 2017, Wingreens managed to raise a capital of $3 million from Sequoia.

An Initiative started by Former Chief Minister of Andhra Pradesh Nara Chandrababu Naidu, hailing from the dairy-rich district of Chittoor along with Nara Brahmani as the executive director. Close to two decades before Heritage food’s inception, India had been replicating the Amul dairy’s model at scale, known as Operation Flood. This in-turn helped India to move from a milk-deficient nation to the world’s largest milk producer.

In the early 90s, Nara Chandrababu Naidu saw local dairy farmers in Andhra Pradesh facing challenges with the dairy cooperative system that had been popularised across the country. Issues regarding farmer payments, transportation, and marketability of milk products were becoming a common incident within the farming sector.  Chandrababu Naidu decided to help farmers by setting up an organization that could combine/merge the vision of dairy farming cooperatives with the efficiency of the corporate organizations. Heritage foods have successfully collaborated with many farmers within the region and have seen immense success.

To Change the ill-managed approaches of the cooperatives who were then managing the industry, Heritage foods started the concept of ‘relationship farming’. They had a good relationship with the farmers, remuneration was paid on time, loans were provided to the farmers who were looking to expand their current processes. In addition, insurance, cattle feed were also provided.

The on-time remuneration that was  being paid to the farmers was not the only reason for Heritage’s success. In addition to the milk products, higher margins were provided to other products such as curd, paneer, lassi, etc. All these steps taken towards the welfare of the farmers eventually panned out and Heritage foods found itself in a noteworthy position among its competition.

In the fiscal year 2018-19, Heritage foods clocked in a turnover of ₹2,482 crores and are set up in almost 15 states across the country.